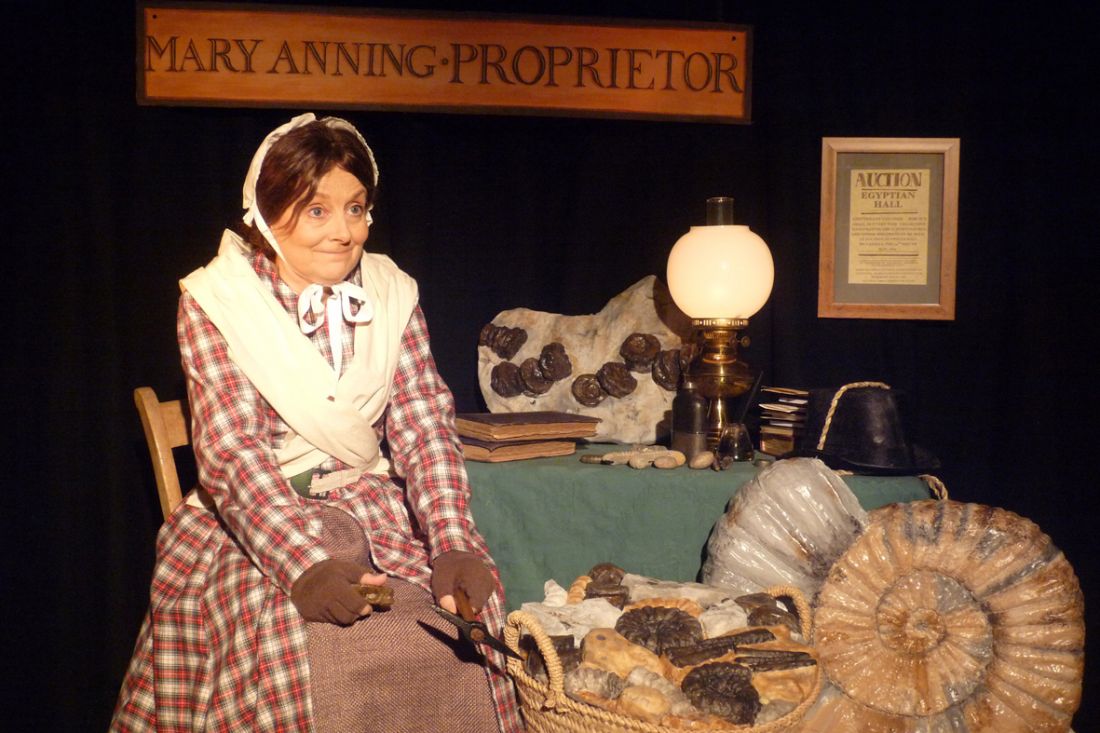 IMAGINE: the world is only 6000 years old, and everything was created in six days…

This was the England into which Mary Anning was born – just two hundred years ago. Then came the pioneering work of geologists, studying rocks and fossils. The accepted truths about the world were blown apart; it became clear that there had been a vast prehistoric age, with unimaginable monsters roaming the earth and swimming in the seas. Mary Anning played a key part in these extraordinary times. She discovered the first complete fossil of a prehistoric reptile in Great Britain – at the age of twelve. Throughout her life, she continued to make ground-breaking and spectacular discoveries.

In this hugely entertaining one-woman play presented by Alison Neil, Mary Anning tells her fascinating story, and that of “the fine clever men of science” who took most of the credit for her work. The tale of her life, her friendships, her struggle to make her mark (and put food on the table) is both amusing and moving.

And…by the end of the show, you will surely know the difference between an ichthyosaur and a plesiosaur!