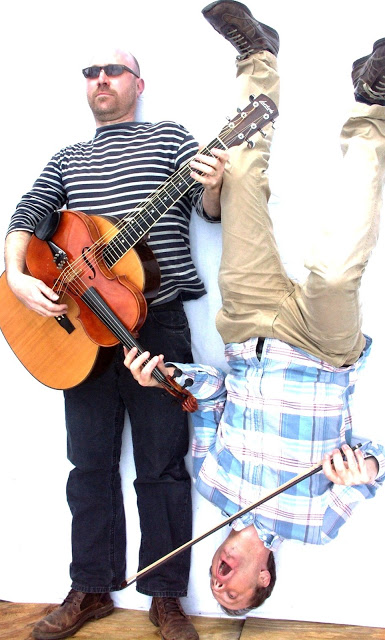 Mike Cosgrave and Steve Banks have pooled their considerable musical talents and experience to form an exciting folk/acoustic duo. Mike has worked with artists as diverse as the late “Celtic Soul” singer Jackie Leven and current star of the English scene Jackie Oates, singer-songwriters Jenny Crook and Reg Meuross, and renowned late 90s Celtic/ World music crossover band Sin é. Steve started out as a violinist with the likes of the London Symphony Orchestra, but then moved to folk with the Carnival Band, including their ever-popular Christmas tours with folk legend Maddy Prior. He went on to form his own band, Blue Jewel, which had a strong Devon following.