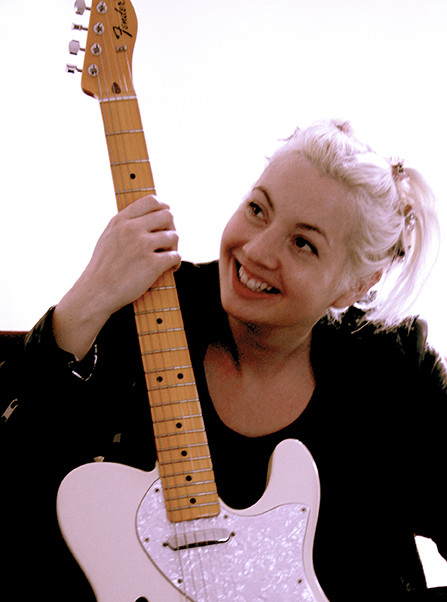 A fun entertaining evening to get your music taste buds tingling! Kit’s trademark sultry vocals and virtuoso guitar playing have wowed audiences across the UK through extensive touring with the guitar hero, John Etheridge. The Observer described her music as “Macy Gray meets Nick Drake”, and both Bob Harris and Andy Kershaw have featured her on their BBC shows. Recent gigs include: Paul McCartney’s LIPA; the Anne Frank Awards at the BBC; a performance for Bill Bryson and Andy Kershaw and a headline show at the International Guitar Festival of Great Britain.

Kit’s third album, Driving into the Blue, which features the legendary double bass player Danny Thompson, was met with high critical acclaim. Expect an enthralling and energetic live performance of “blues-driven roots with a soul sensibility”.