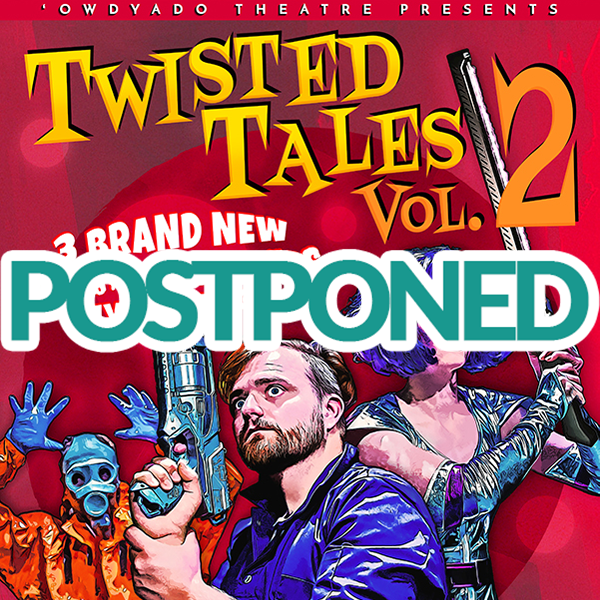 Back by popular demand, Twisted Tales 2 is a brand new show by ‘Owdyado Theatre Company. Following on from the huge success of Twisted Tales, this is a new trilogy of darkly comic tales of the unexpected. Expect three surprising stories of the macabre and mysterious from three distinct voices: get ready for an anarchic night of hilariously dark theatre!

Inspired by cult series The Twilight Zone and Inside Number Nine, this series of dark comedies is co-written by Daniel Richards and Charlotte Bister (A View from the Edge, Above Bored) as well as distinguished Cornish writers Brett Harvey (Brown Willy, Weekend Retreat) and Jon Welch (Spillikin, Swivelhead).