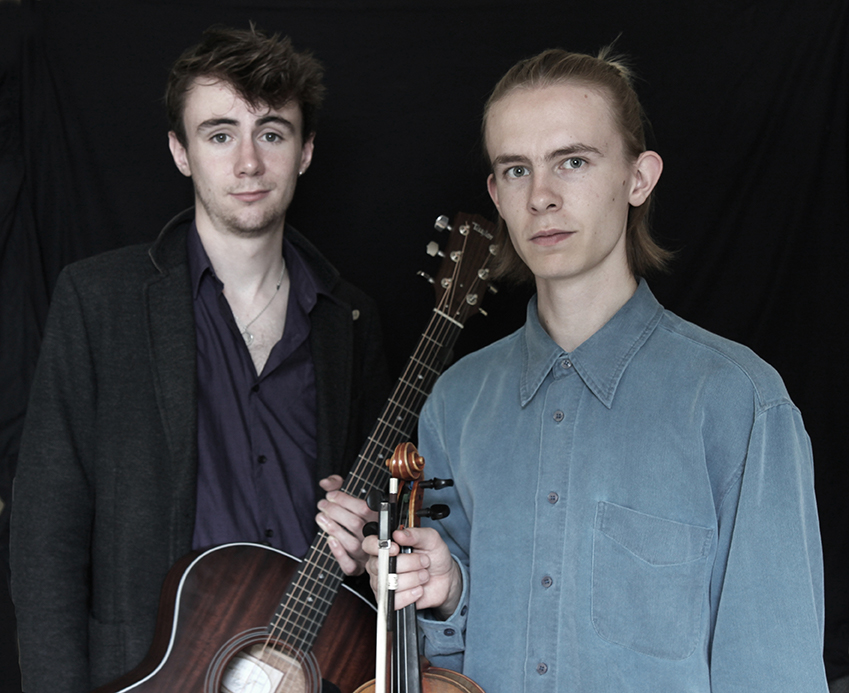 The Drystones are a duo whose arrival on the UK folk scene is making waves. Combining traditional music’s timeless instrumental union of fiddle and guitar with technical mastery, a ‘brave experimental bent’ (David Kidman – FATEA), and an unexpectedly large sound when playing live, it’s no wonder they’ve been described as ‘indecently talented’ (Mike Harding) and earned themselves a nomination for the 2018 BBC Radio 2 Young Folk Award. Having formed in 2011 to play at their local folk festival in Priddy, Somerset, the last six years have seen them play prestigious festivals including Glastonbury and Sidmouth Folk Week, produce three albums, and somewhere along the line complete their music degrees…

In 2018 they are freshly graduated, with nothing to hold back their finely honed blend of the most thrilling aspects of the UK’s traditions. They are rolling out their acclaimed 2017 album We Happy Few along with their breath-taking performances at venues across the UK and are determined to leave smiles on faces as they go.