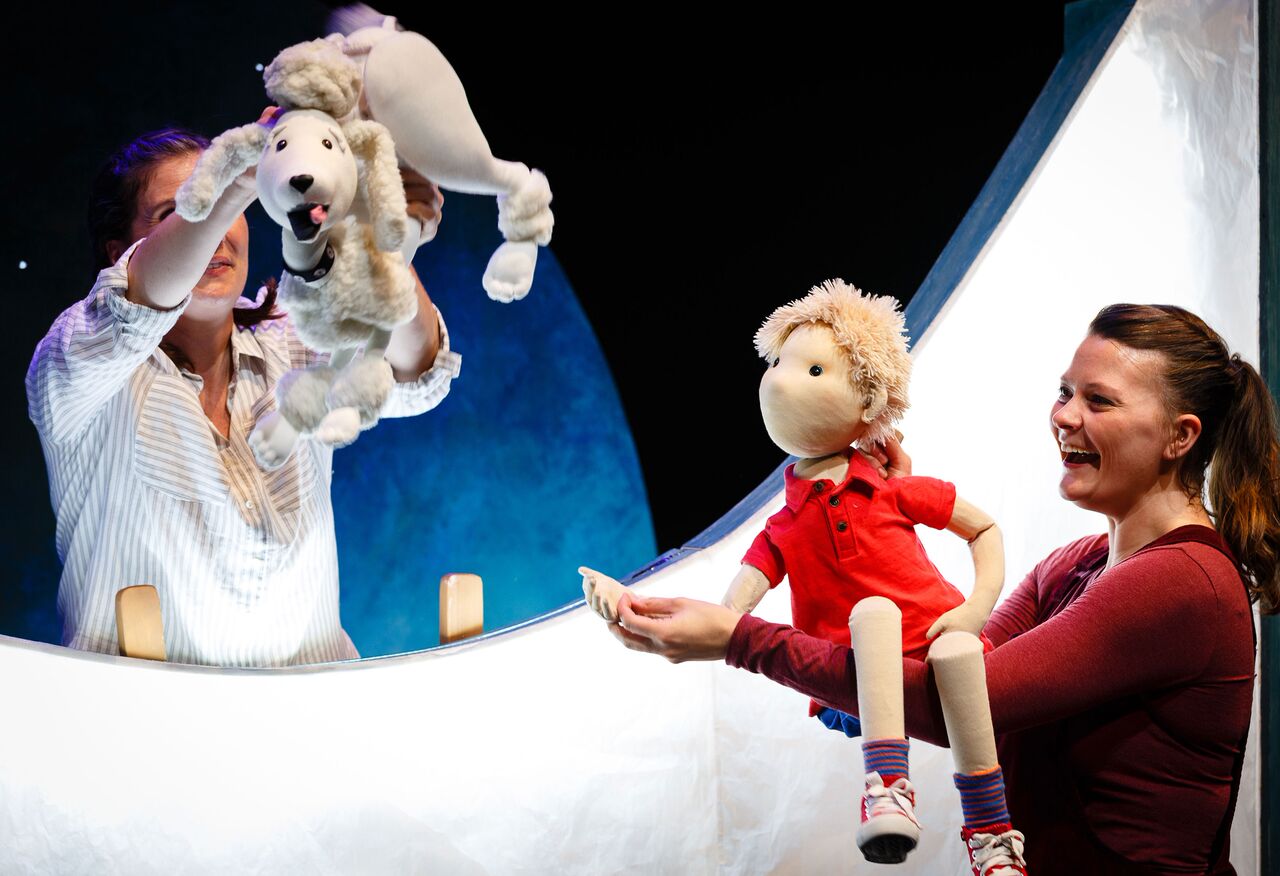 Theatre Alibi – The Boy who Climbed into the Moon

A magical tale of big ideas and sky-high courage.

Some pretty odd ideas are floating around Paul’s street. There’s Mabel, whose brother hides under a brown paper bag. And Clarence the poodle who thinks he can fly. But Paul has the oddest idea of all. He thinks that the moon is a big hole in the sky and he’s going to climb into it…

Anything’s possible in this warm and very funny story by David Almond, award-winning writer of Skellig and My Dad’s A Birdman. Theatre Alibi’s production features original live music and puppetry.

Theatre Alibi – The Boy who Climbed into the Moon