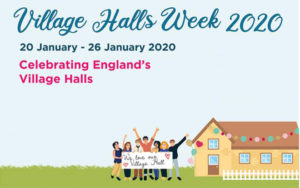 We’re joining Village Halls Week, an annual and national celebration of rural community spaces and the people whose time and dedication keep them going.

Villages in Action, a Devon rural touring scheme run by Carn to Cove, is looking to recruit a Part-time Project Co-ordinator for funding and advocacy. 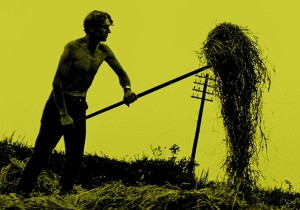 On Saturday 12th October the village hall in Membury was transformed into a dramatic performance space. Four talented actors from Multi Story Theatre Company, Bill Buffery, Laura James, Gill Nathanson and Ben Stretton, gave a truly spellbinding enactment of ‘Hefted’, a play written by David Lane and commissioned and produced by Beaford Arts. The performance encapsulated the emotional and physical lives of families in an area of North Devon across the last seven centuries. The cast skilfully interwove the stories with beautiful singing and the simplest of costume changes. 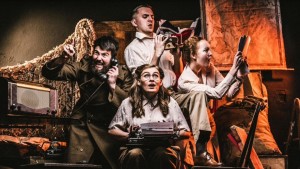 Plan your autumn with our new Villages in Action season launch!

As the autumn season begins, we are delighted to present a new programme of theatre, music, dance, storytelling, and family shows from across the world in Devon’s wonderful and varied village halls, churches and community spaces. All of our shows can be found on our events page, but here are a few season highlights… 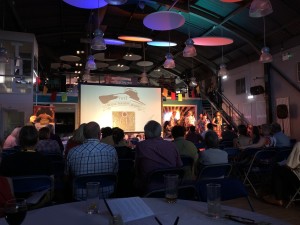 Villages in Action nominated for the National Rural Touring Awards 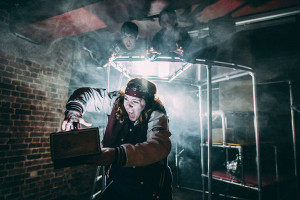 As a fresh new year begins, we are super excited to present the Villages in Action Spring 2019 programme. This season you’ll find theatre, circus, storytelling, laughter, puppetry, and music from across the world in Devon’s wonderful and varied village halls, churches and community spaces. 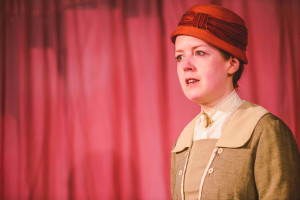 We are excited to share that a live capture of Pentabus Theatre’s Crossings will be broadcast online and available to audiences from 14th-16th December. The online broadcast is a chance to celebrate the rural tour, offering you the opportunity to catch it if you missed it, or watch again and share with your friends. Crossings […]

We are so excited to present the Villages in Action 2018 programme! Thanks to our family of inspiring volunteers and funding from Arts Council England, we’re delighted to present a season of extraordinary world class performances live in villages across Devon. This Autumn you’ll find theatre, dance, circus, poetry, laughter, puppetry, and music from across […] 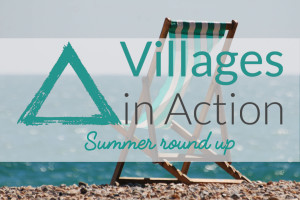 We’re coming to the end of our Villages in Action spring season, but since the menu parties we’ve been busy behind the scenes! As you may know, Carn to Cove (the Cornwall rural touring scheme) secured Arts Council funding to continue the ViA network for the next two years, and that includes developing new funding […]