We expected conversations about loneliness but Devon villages proved us wrong!

Welsh theatre company, Buddug James Jones Collective, have been commissioned by Villages in Action and The Bike Shed Theatre to create a new piece of theatre  for touring, inspired by the stories and experiences of village elders. We were delighted to host theatremakers Buddug and Jesse in Devon this March, as they started their research. Below they spill the beans on a week of cake, confessions and carpark curfews… 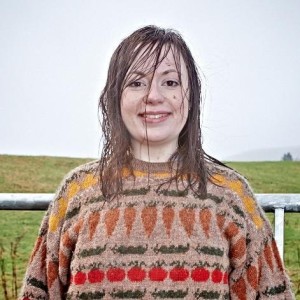 “When Jesse and I got the call from Villages in Action saying we’d got the commission to create a new show in a rural community, we were ecstatic! Our idea was very simple- we wanted to create a show about getting old, the issues that may come with age, and how it feels to retire. The only thing is we’re both in our 20’s so let’s just say we had quite a bit of research to do!

We had done a bit of research with Jackson’s Lane in London, working with the local older community in North London. However, both Jesse and I come from rural areas (I’m from a farm in West Wales an Jesse is from Wells), and our interest always comes back to rural communities in all our work as ‘The Jones Collective’. Growing up, we both felt the frustration of not having much theatre or the arts around us and so it’s important for us to make our own theatre rurally. So, you can understand why we were ecstatic to find out our first development stage of the show would be with Villages in Action!

We spent a week traveling around South Devon in the middle of March (which by the way is absolutely stunning! You’re all very lucky I’m telling you!) meeting groups of older people in each village as we went along. Cheriton Fitzpaine, Highweek, Plymtree and Honiton hosted us. We had a chat with residents in each village, drank a lot of tea and ate a lot of cake, were given a guided tour around a village by two lovely children, and we so absorbed in the stories we hear that we almost got our car locked in a car park in Exeter…

It was a busy week and the idea of the show changed day to day. We started the week expecting a lot of the conversations to be about loneliness, but Cheriton Fitzpaine proved us wrong from day one! Instead of focusing our ideas down, we actually felt this week opened a can of worms for us (in a brilliant way!), and we left with almost too many ideas!

Thank you to everyone who came and spent their afternoon with us, helping us to broaden our idea of age and fueling the future development of the show. The afternoons we spent with you will stay with us for the whole development of this show and we can truly say that this show could never exist with you all!

I’d also like to take this moment to mention Memory Cafes. We were invited to Honiton’s Memory Cafe during our week and it was amazing! If you don’t know what they are, they are cafes specifically for people with Alzheimers, and we urge you to give your local memory cafe your support.

So, what are we doing next? Well, we will be coming back to South Devon in May and July to carry on developing the show with John Somers and Hannah Kamen. John, is a local older resident of Plymtree, but also a renowned theatre maker and a pioneer in educational theatre. Hannah is an Exeter based theatre maker, actor and musician. She also has a local theatre company called Scratchworks. We will then have a sharing of the work. We’re not quite sure what the process ahead holds, but we know it will be exciting, unpredictable, hard work, and at the end of it all, incredibly rewarding.

Thank you to Villages in Action and the Bike Shed Theatre for arranging an inspiring week for us in rural Devon.”